That first trip to the masjid with my friend really stuck with me afterward.

I still didn’t quite know what to make of the experience, I just knew that I felt welcome. Not just welcome from the people, but this inexplicable sense of welcome from the One they were worshiping.

I wasn’t a stranger to prayer in general. Raised as a Christian (Protestant), I’d done my share of praying in public and private. But it had been a couple decades since my last sincere attempt to communicate with God – and the formal method I’d been exposed to at the masjid I knew precious little about.

Besides… that “couple decades” I’d spent not praying, I had instead spent mostly in anger and darkness. My heart hard as stone, my entire attitude and philosophy opposed to the idea of bowing before anyone, much less a Creator I’d chosen to treat with distrust, disbelief, and flagrant disobedience.

How could this Creator I had so scorned be sending me a sense of welcome?

I knew I had to go back to the masjid. This time no Muslim friend was in town. I would be going alone. 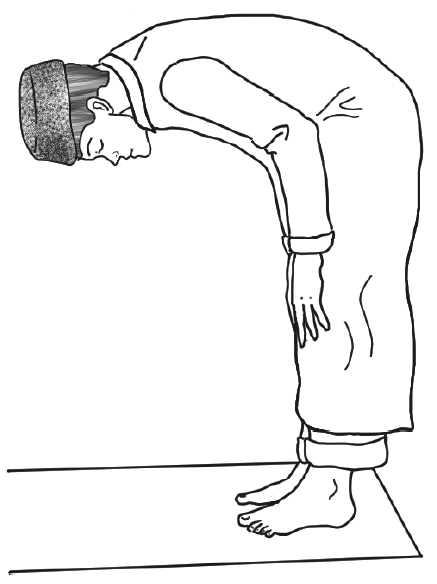 I knew I wanted to learn more about the kind of prayer I’d witnessed before returning; not just to avoid social blunders, but to better understand what was being said and done. I knew there was no way for me to learn Arabic in such a short time period, but fortunately it seemed like the person leading the prayer was doing most of the talking. Perhaps it was this way every Friday? I couldn’t be sure.

So I set as my goal to at least gain an understanding in my own language of what was being said during the prayers, or at least as much as possible. This way, even though I wouldn’t be able to recite anything word-for-word, I would at least know what I was assenting to by way of my participation.

I began on YouTube, and while there were a tremendous number of excellent videos demonstrating prayer, they moved too fast for me being such a beginner. Then I searched for and found the website for the local masjid I had attended, and on their website they had a prayer book in electronic form that was devoted to the topic of prayer, in clear and precise English, covering everything from the purpose to the preparation and dress code, as well as a full breakdown of the structure and words of the prayer along with the motions undertaken. I read the entire book that afternoon. (And I’ve read it / consulted it many more times since). If you’re interested, you can download it here.

Friday afternoon came around again. It was time.

I arrived about a half hour early, and sat in my car, shivering. I was so scared, and I almost just drove away. But somehow I managed to stay, and walk in. And with the very limited knowledge I had at that time, I prayed.

Much like the previous visit, a calm washed over me during the recitations. I’ve since heard that this is a common reaction to hearing the Qu’ran recited, even for those who do not understand Arabic. I can testify that this was my experience too. (And continues to be.)

I decided then and there. This is right. This is good. I want to be a Muslim.